Poor Ebenezer. He's the guy you loved to hate, until he found his Christmas Spirit. So it seems like an oxymoron to be looking for the "best" Scrooge. But that is the question I pose to you now.

Here are my five favorite Scrooges: 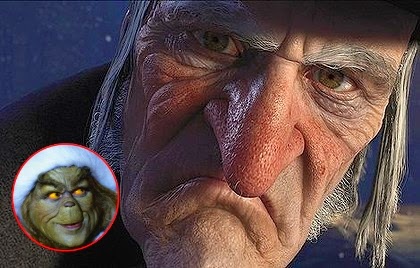 Okay, this is one actor with some serious Christmas issues. First he played The Grinch in the 2000 live-action version of How The Grinch Stole Christmas. A mere nine years later, the Dumb and Dumber star bah-humbugged his way through Disney's motion-capture-animated version of A Christmas Carol. How many lumps of coal did this guy get from Santa anyway? 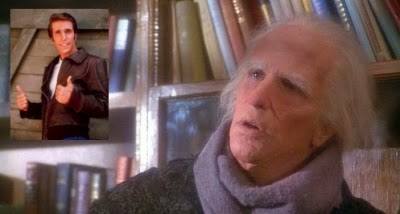 At the height of his Fonziness, Winkler brought Dickens' character stateside, renaming him Benedict Slade, for the 1979 TV movie An American Christmas Carol. More recently, the former Fonz has celebrated the season with appearances in the TV movies Merry Christmas, Drake & Josh on Nickelodeon and The Most Wonderful Time of the Year on Hallmark, both from 2008. 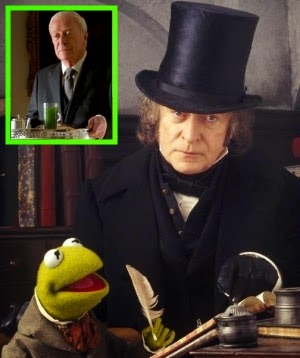 A two-time Academy Award winner and thrice Batman's butler, Sir Michael sang his bah-humbugs to Kermit the Frog, Miss Piggy, and a trio of Muppety ghosts in the 1992 musical comedy The Muppet Christmas Carol. He was still pretty mean. 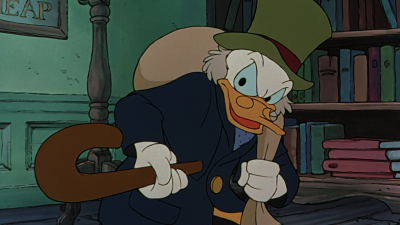 Talk about a method actor! Mr. McDuck modeled his whole life on his Dickensian namesake. The miserly duck first appeared in his nephew's comic book in 1947, eventually headlining his own series, Uncle Scrooge, beginning in 1952. But it wasn't until 1983 that he finally got to portray his "hero," Ebenezer Scrooge, on the big screen in the Oscar-nominated short Mickey's Christmas Carol. 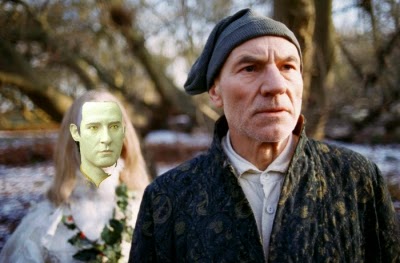 Shakespearean actor and former Starfleet commander Jean-Luc "Patrick Stewart" Picard took the conn for TNT's 1999 adaptation of A Christmas Carol after creating a one-man stage show based on the novel that he performed on Broadway and in London. As convincing a portrayal as a holodeck simulation.

So there you have it. The Grinch, the Fonz, Batman's butler, Donald Duck's uncle, and Professor X have all gotten their Scrooge on. Still can't decide which is your favorite? You can stream all these Scroogetacular performances (and more) at Amazon.com.