People always ask me what we do when Christmas is over.

Christmas is NEVER over in the North Pole. But we do lay low in the first month after Christmas. Santa goes into hiding to avoid all the complaints from boys and girls who were naughtier than they realized and didn't get everything they wanted for Christmas.

Like the Google+ team, who sent me this mean letter when I created my profile... 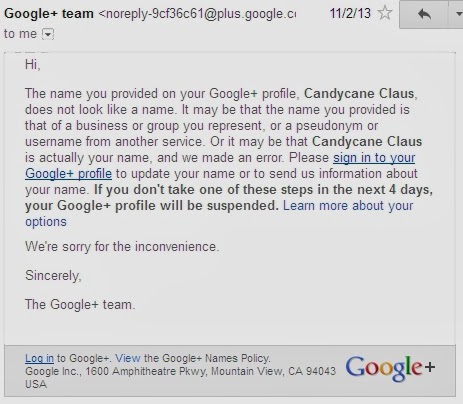 So they're basically saying Google doesn't believe Santa Claus is real, and therefore I am not real. Well! I hope they enjoyed their COAL! Ho Ho Ho!

And speaking of Grinches, look who's coming back.... 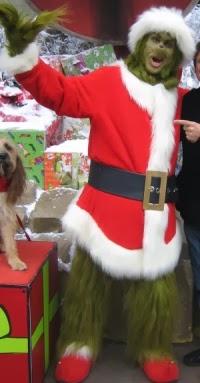 Universal Pictures has announced they are releasing a new CG-animated feature version of How the Grinch Stole Christmas! on November 17, 2017. Wait a minute, that's like four years away! I can't wait that long. I'll be like a hundred by then!

I know another classic Christmas book that might make a good movie. In fact, Nick Abdo, the producer of one of my mom's favorite movies, Beaches, gave my book a 5-star review on Amazon last month!

"Cool characters and a story that will appeal to older kids and adults alike," said the Big-Time Hollywood Producer! I'm so flattered. :) 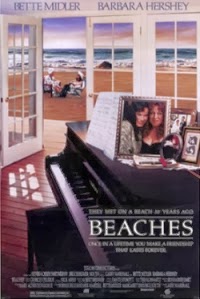 A review in The Guardian said, "Christmas plays little part in the narrative other than as an excuse to bring everyone together," but called it "undeniably charming." I'm just glad to know that some people can still appreciate the undeniable charm of Christmas even in January. :)