A while back, I surveyed my readers on their favorite Christmas movies. Many of you said how much you'd love to see NORTH POLE HIGH turned into a movie (thank you!). But here are your top ten picks of Christmas movies that have already been made: 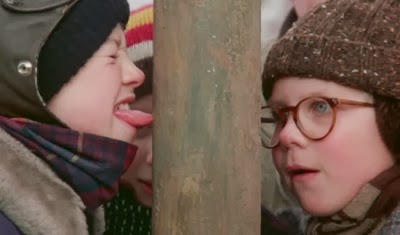 Based on the book In God We Trust, All Others Pay Cash by Jean Shepherd, this Christmas classic from the director of Black Christmas and Porky's runs continuously all Christmas Day on TBS and is also a Broadway musical! 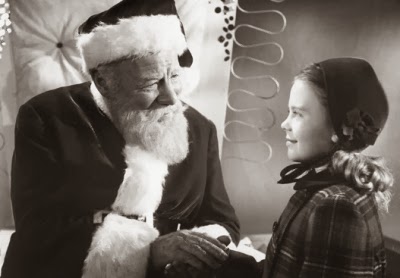 Santa Claus won an Oscar for his appearance in this 1947 classic in which he goes to court to prove, once and for all, that he's real.

3. IT'S A WONDERFUL LIFE 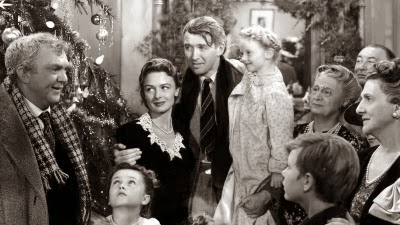 Based on a self-published short story, The Greatest Gift, by Philip Van Doren Stern. The author printed 200 copies and sent them out as Christmas cards. One of those landed at RKO and the rest is history. 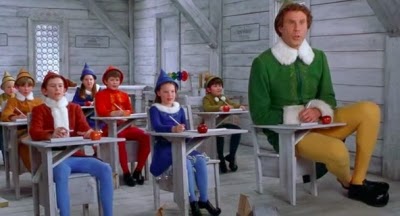 A baby accidentally stows away in Santa's sleigh and is raised in the North Pole as an elf. As an adult, he realizes he's human and sets off to find his father in New York City. Based on a true story. Really. 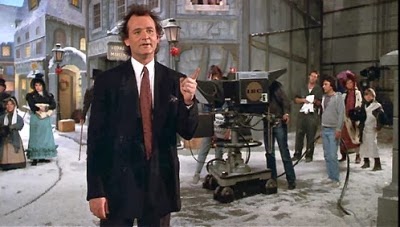 Bill Murray is a cynical TV executive in charge of a live Christmas Eve broadcast of A Christmas Carol when he is visited by three ghosts who convince him he should have done The Sound of Music instead. 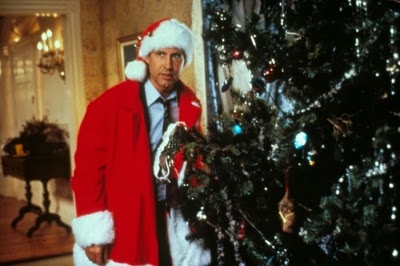 The Griswolds have kind of had it with traveling. Perhaps if they stay home for a quiet family Christmas dinner their luck will change?

7. THE NIGHTMARE BEFORE CHRISTMAS 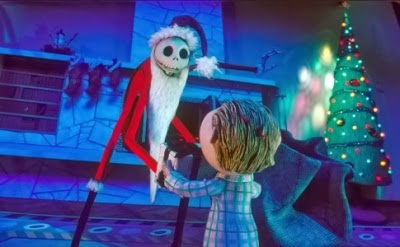 This one scares the chocolate out of me because Jack Skellington kidnaps my dad. Skellingtonnnnnn! If you must watch this one, please don't get any ideas.

8. BEAUTY AND THE BEAST: THE ENCHANTED CHRISTMAS 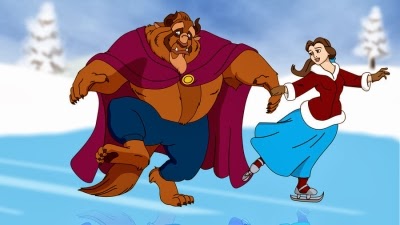 Belle shows the Beast the beauty in Christmas!

Tom Hanks plays Santa Claus, a train conductor, a hobo, a young boy, and the boy's father, and narrates this young boy's magical adventures in the North Pole. Based on the 1985 book by Chris Van Allsburg. 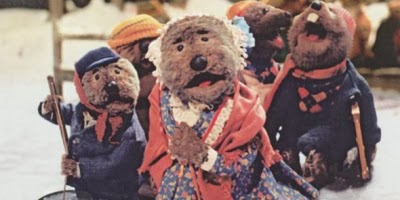 The Muppets bring to life Russell Hoban's Gift-of-the-Magi-esque 1971 story with songs by Paul Williams, a former elf who later wrote "The Rainbow Connection" for The Muppet Movie and all the songs for The Muppet Christmas Carol.